The fifth Palestine children and youth solidarity summit scheduled for Saturday in Tehran.

Tehran (Qodsna)- The solidarity summit of the Palestinian Children and Youths would be held on Saturday in Tehran in cooperation with a number of organizations and institutions including the International Union of Teenagers and Youths against Occupation, Iran based society in defense of Palestinian nation (SDPN) and other non-governmental organization in Iran.

About 60 guests from the 4 continents of Asia, Africa, Europe and America will attend this conference.

"This meeting is held every year on the occasion of the martyrdom of 11-year-old Palestinian martyr Mohammad al-Durah and other martyrs of Palestinian children and adolescents.

Muhammad al-Durrah was martyred in the Gaza Strip on September 30, 2000, on the second day of the Second Intifada. Jamal al-Durrah and his 12-year-old son, Muhammad, were filmed by Talal Abu Rahma, a Palestinian cameraman freelancing for France 2, as Israeli forces fired bullets at them. The footage shows the pair crouching behind a concrete cylinder, the boy crying and the father waving, then a burst of gunfire and dust, after which the boy is seen slumped across his father's legs. 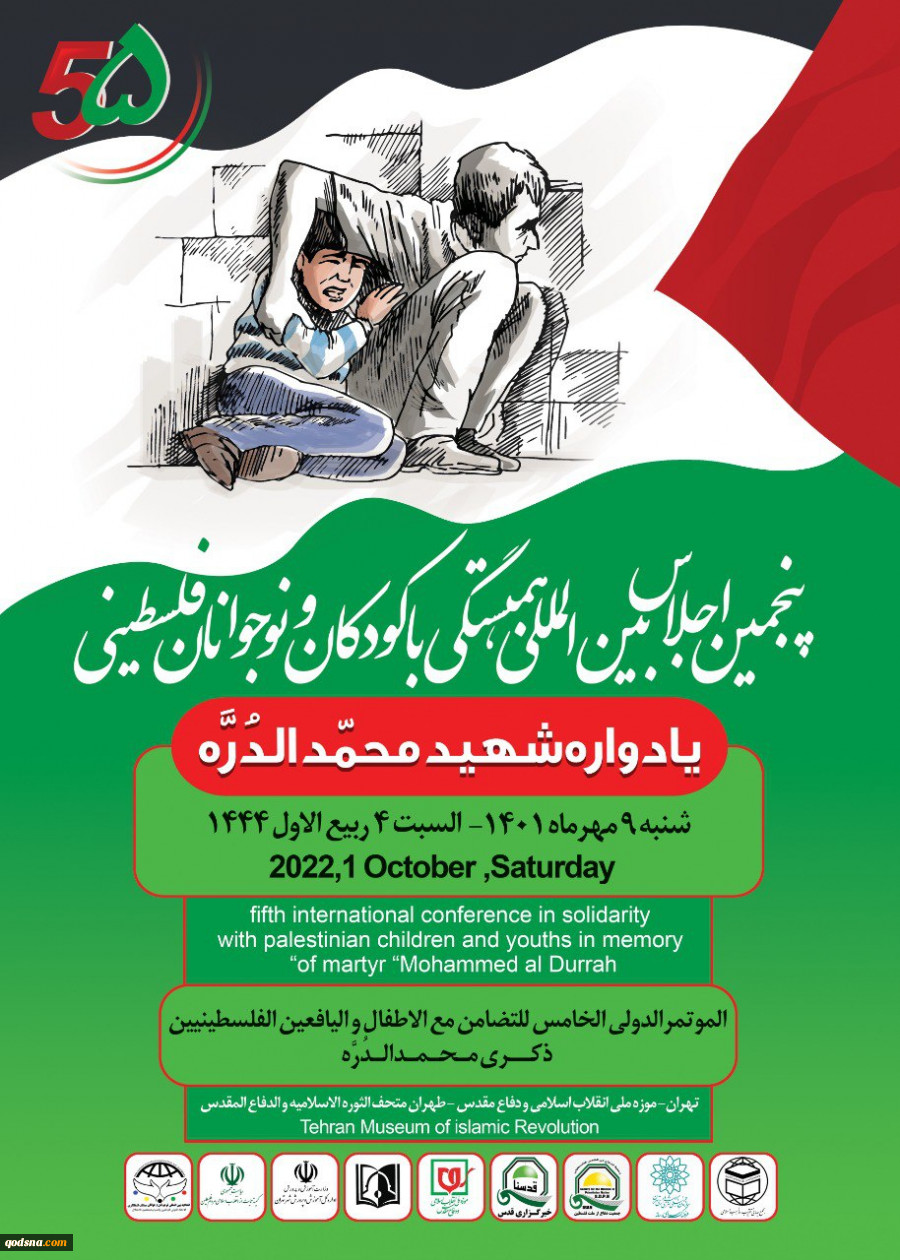