As it is expected the path of the soldiers of grand Ayatollah Khamenei who encountered enemies in Iran-Iraq war and passed through Karbala, will continue its way to free al-Quds.

Dr. Zahra Mostafavi Secretary-General of Society for the defense of Palestinian Nation, in an opening ceremony of new sub-branch office of the society in Birjand, in an statement which was read by her deputy Mehdi Shakibayi said:  “As it is expected the path of the soldiers of grand Ayatollah Khamenei who encountered enemies in Iran-Iraq war and opened their way through Karbala, will continue its way to free al-Quds.”

The complete text of her statement reads as following:

I would like to welcome all the attendees who have attended the opening ceremony of new office of Society for the Defense of Palestinian People in Birjand, your presence shows your love and you loyalty to the freedom of Palestinian people and the holy al-Qods.

I am very glad to be here to host the honorable guests, and I hope that we will be all on board to the path that soldiers of grand Ayatollah Khomeini traveled and fought in holly defense and opened their way to Karbala and now this path continues to liberate al-Quds and Palestinian nation. 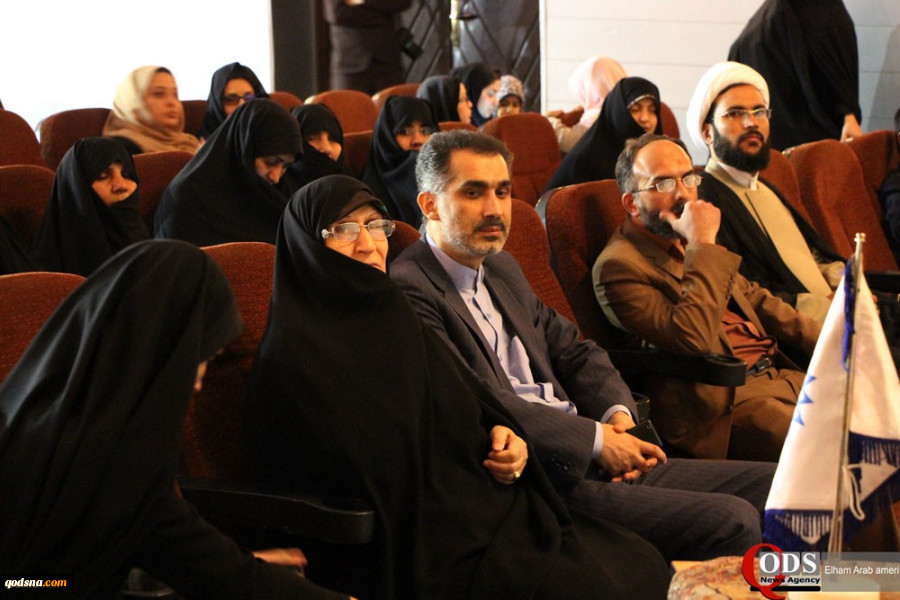 In these days, more than four decades of Islamic revolution has past, and we can notice that the influence of this Islamic revolution is gone beyond the boundaries of this country and throughout Islamic world more people are struggling against tyranny and arrogance, in Palestine Intifada is happening one after another, and the western-Israeli-Arab coalition is no more capable of crack downing them.

Our national, religious, human, and revolutionary duty requires that we support this oppressed nation whose identity, geography, culture and soil is occupied. This is in fact within the religious and Quranic significance of the Qods and the Al-Aqsa mosque as first Qibla of Muslims.