Ahed, 16, was arrested by Israeli forces during a predawn raid on her home last week in the village of Nabi Saleh, located in the central occupied West Bank.

Ahed, whose family is well-known internationally for their activism against the Israeli occupation, was arrested over a video that went viral on social media of her slapping an armed Israeli officer during a raid on Nabi Saleh.

Ahed Tamimi is well-known across Palestine and the Arab world for videos of her, since her childhood, defiantly resisting Israeli soldiers who clash with Palestinians in her village nearly every week. 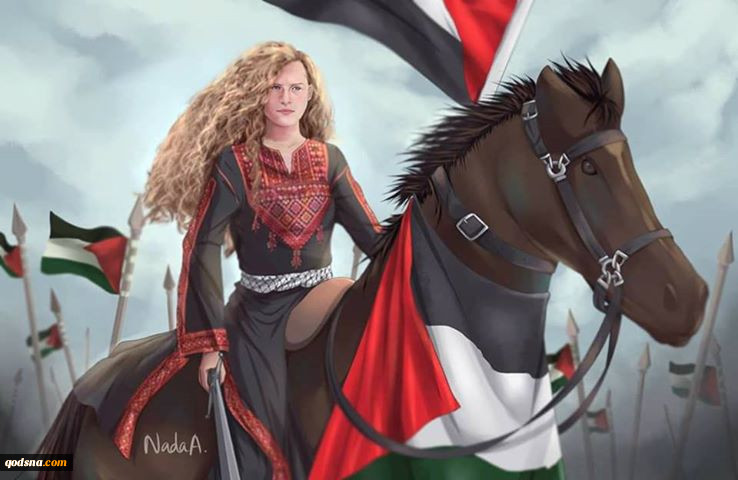 Two years ago, her family made headlines when an Israeli soldier violently attempted to arrest her younger brother , who had one arm in a cast at the time. Ahed and her mother manager to pull the soldier of her brother and free him.

Israeli military raids into Palestinian cities, towns, and refugee camps are a near daily occurrence.

Nabi Saleh is one of a number of Palestinian villages in the occupied West Bank known for their weekly Friday protests against the Israeli occupation.